How extraordinary is all that?

Not.
Until the Turkish airforce flies into Syria.

Facebook gets the hiccups and Twitter starts to stutter.
My educated guess: overall bandwidth is cut. Two years ago, the Gezipark riots were an excuse for the government to take down Facebook and Twitter altogether. But any Turk who can type qwerty, found a way around that.
Me too. So now I routinely adjust my DNS settings to make sure I stay online.

Levent Üzümcü is one of the people I’m following. He is an old friend who became famous as an actor. Nowadays he puts that fame to good use on the internet by making sensible remarks about all kinds of things. Like Turkish politics.

The result: more than 2 million followers.

That attracts attention. Also from people who disagree with Levent.

And yep. Somewhere after the escalation of the fights in the East, he miraculously disappeares from Twitter. Funny, for the day before we had had a lively conversation on politics over tea.

I know Levent is not the kind of person to back off and shut up when the heat gets on and things need to be said. And the political soap in this country cries for comment. Continuously.
So where did he go?

‘Hacked account’ he says with a shoulder shrug when we meet again. ‘But don’t worry, it will be alright soon.’ 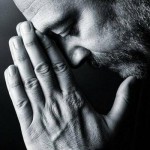 I don’t ask any further. And today I see he was right. Resurrected he shines on Twitter again. And so do his 2.240.000 followers. (still growing)

So far so good. But what happened to Levent, shows that someone’s presence on the web is as fragile as a mirror.

That’s why I am sometimes old-fashioned. This summer I will write 200 holiday cards to friends, family and acquaintances.
Anyone who holds that piece of cardboard with handwritten text and carefully placed stamp, will know I am still here.

For real.
I want to know when you write a new blog.