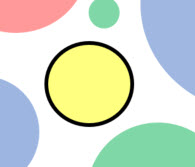 “I’m Suzy. I have autism and I think this is all pretty nerve wracking. But I bet you had already spotted that I am quite different.”
Talk about jumping straight in! It allowed me to share that I had not noticed anything different, actually. That I knew nothing about autism. And that I know little about labels to begin with.

No need for that. But she heard I could do things with breathing, and she was desperate for that.

It was the start of some irregular visits. First to work on her breathing with archery. But later she also wanted to deal with the physical inconveniences that stress caused her. And her fear of the outside world in general.
And when stress really got the better of her, she would sometimes call me. Like that night.

‘Jac here…’
Instantly the smartphone shrieked at 10:
“I will never ever be okay. I have been working on myself for I don’t know how long and have seen umpteen psychs and shrinks. When will I see my life turn normal?”

I don’t have a clue what normal looks like, but I did understand her. She managed her normal day job, but boy, did that drain her energy!

And just when she finally thought she could enjoy some peace and quiet in her free time, her body would shoot into a total spasm that would hammer out the last bit of energy. Lying in bed would then be her obligatory activity for the rest of the weekend.

But a lot had improved over time, as well. It seemed like a good idea to me to shed light on that and make clear how much had changed already. So, completely in accordance with the solution focussed approach, I would repeat everything again, every time that she remembered an improvement. Predictably followed by ‘And what else?’

At one point I could no longer remember every improvement, and I blurted: ‘Well, isn’t that quite a lot?!’

Silence. Followed by a light sobbing that quickly grew into a serious weeping storm.
‘Huh?’ I uttered.

‘Yes, that’s a lot. Quite a lot. And maybe all of them improvements, but every improvement is a change. That makes for a lot of changes. And you know that I am autistic. So I don’t take changes too well. Positive or not.’
Dumbfounded, I could still enjoy the clarity of her twisted thought. And there was no arguing with it, as usual.
The tears dried up, and it seemed as if a new reality was dawning.

By now I know perfectly well how to work more slowly. And when we think back to this conversation we see it as a tipping point. And it makes us both smile.
But it did teach me a valuable lesson: get curious, stay curious. Especially when I think I understand it quite well.
Because some people can be quite different.