Look fast enough, and you see someone clearly revealing himself by shooting a single arrow.

That’s why the Japanese say: an arrow, a life. 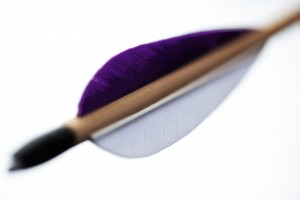 It works well as an aphorism, which is why it often whizzes past on the internet.

Just like ‘Live as if today is your last day.’

But what if you have already lived your last day last week, or last month?
Because that is what learned helplessness feels like.

Learned helplessness: you think you can influence your situation. But every time you act, you get slapped down.
If that happens often enough, you learn that nothing you do matters.
That it is better to stew in your misery. 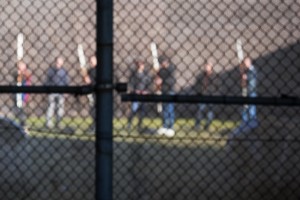 This piece of academic knowledge stuck with me during my study Mass Psychology. But now that I shoot with refugees in a refugee shelter, I have some moving images to go with it.

Each week I see a bit of the shine disappear from some eyes.
Each week the movement changes. Slower. More cautious.

Rather smart, if you’re not sure where the next surprise in your life is coming from. If you seem to have lost all control.

I now understand why archery is so popular in the shelter. It brings something new that people do have control over.
If only a bow and arrow.